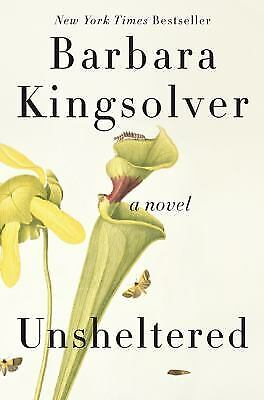 Willa in the present day has tried to lead a good life with a husband, Iano, seeking success on the US academic treadmill trying to get an elusive tenured position and now ptiched up teaching at some minor New Jersey uni. There 2 children have grown and left home although the daughter Tig, an eco-radical, has returned after a spell in Cuba at the end of an affair. The son Zeke has graduated with massive debt and married and living with his partner Helene and living off her earnings while he tries to get a 'start-up' business off the ground, and their new-born son.

Willa's job at a magazine (she's a jobbing journalist, has fallen through, and the house they have bought in Vineland near Ianos's new job turns out to be falling down. Zeke phones up in melt-down as Helene has just committed suicide (post-natal downer) so Willa has to pick up the pieces.

Meanwhile 120 years earlier Thatcher, has also pitched up in Vineland with his new bride and her family for his teaching job at the new school set up by the owner (lord and master) of Vineland. His house, owned by his wife's family, is also falling apart, his relationship with his employer is strained, and his marriage is not developing (he has married above his station, although his wife's family have fallen from their position in society with the death of her father).

Thatcher, who is a scientist/biologist and a fan of the new teachings of Darwin, encounters his neighbour, Mary treat, who turns out to be an amateur biologist of some note, corresponding with Darwin himself and other luminaries of 19th century scientific circles.