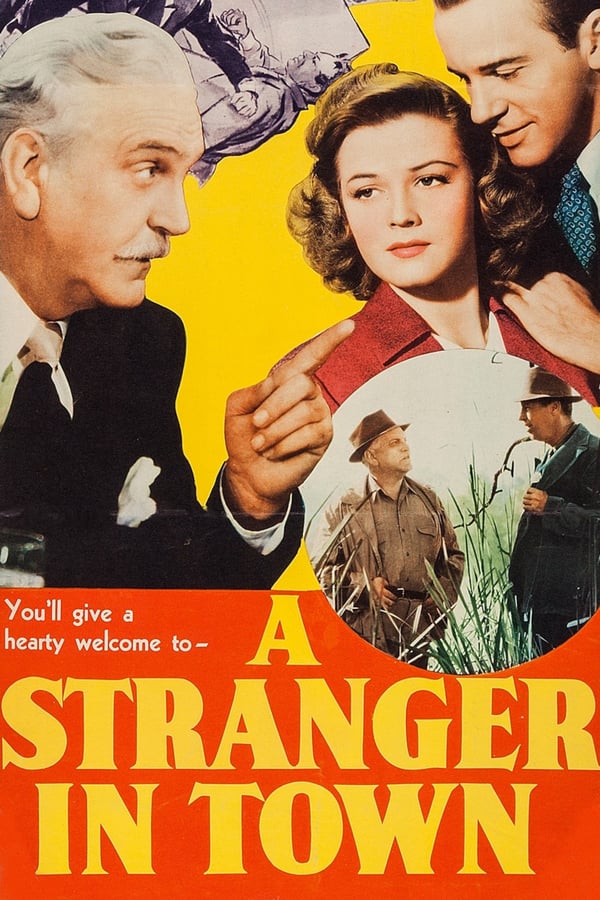 A Stranger in Town

Summary :
A high court judge goes on vacation incognito to a small town and gets embroiled in local politics.

Supreme Court judge John Josephus Grant (Frank Morgan) goes on a duck shooting holiday in the small town of Crownport. Travelling incognito he is soon accosted by a local marshall for not having the right local stamp on his shooting licence. This introduces him to the seedy corrupt underbelly of the town which is run by an established group including the local mayor and judge.

There is a mayoral election in the offing and he encounters the more or less paper-candidate Bill Adams (Richard Carlson) standing against the incumbent Jim Connison (Robert Barrat). Grant takes to Bill Adams and encourages him to become more effective. Grant's secretary Lucy (Jean Rogers) arrives with some papers he needs to review and is met by Bill with predictable disastrous, humorous and romantic consequences.

Grant discovers a way for Bill to undermine the corrupt officials and supporting him in court makes an impassioned plea for the freedom of the people and the responsibility of those elected to office to care for all the people not just themselves. Democracy prevails and a happy ending ensues.

Entertaining in the way those Hollywood films of '35-'55 do so well.
Film list
xbFilms by CrOsborne