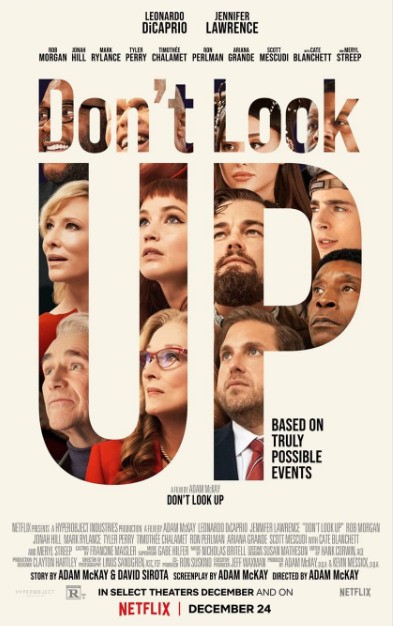 Summary :
Satire on our civilisation's response to climate change.Sort of.

Two scientists (Leo di Caprio and Jenifer Lawrence) from Minesota discover a comet heading directly for earth and due to impact in 6 months. A republican president (Meryl Streep) is more concerned about the mid-term elections than doing anything. They attempt to go on tv to break the news on a morning chat programme but find their concerns trivialised and sanitised.

Facing a political scandal the president decides to go public and appears to be doing something, but at the last minute the mission to deflect the comet is subverted by a tech billionaire who discovers that the comet is made of rare-earth minerals and hatches a plan to break it into pieces and harvest them.

Meanwhile the scientists are despairing. Eventually it does not end well.

Good fun in lots of ways, but ultimately a comet strike is a singular event whereas the collapse of Gaia will be billions of distinct events
Film list