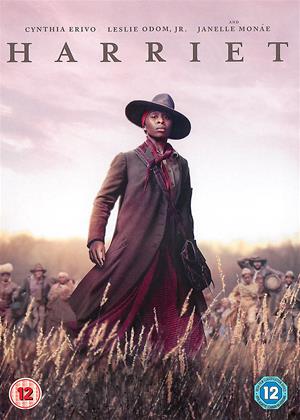 Summary :
Based on the true story of Minty, a runaway slave (1850's USA) who became Harriet Tubman aka Moses, and worked tirelessly helping slaves escape

Despite gaining a legal right to freedom as her mother should have been released at age 45, Minty's master tears up the document and refuses her release. After the master dies and his son takes over Minty is forced to flee on her own leaving her freeman husband, mother and sister behind.

She makes it alone to Pensylvania (a free state) where she falls in with the anti-slavery movement. She becomes a conductor on the freedom railroad, returning to Maryland to bring back parties of escaped slaves.

As civil war looms she moves to Canada and then returns to rescue the rest of her family and confront the young master.

In a coda we see her commanding a troop in the civil war conducting a daring raid into Confederate territory to rescue a large group of slaves. The end credits reveal that she survived until 1913 when she died at age 91 surrounded by loving family and friends.

A good solid conventional movie dealing with the end days of slavery in the USA.
Film list
xbFilms by CrOsborne