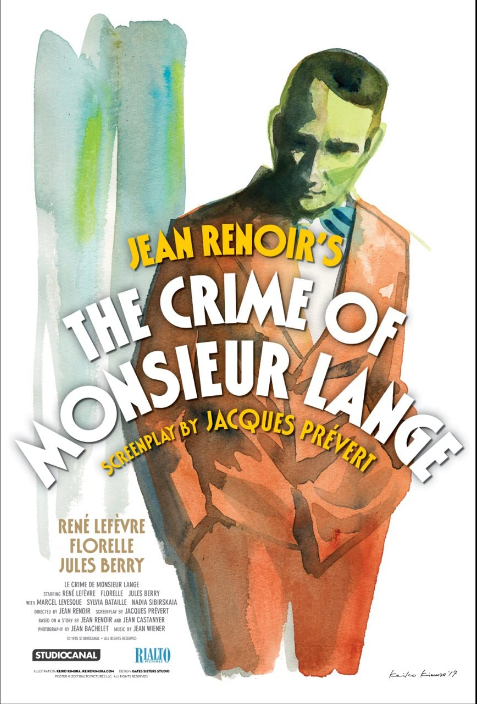 Summary :
He shot a man

A couple are fleeing to 'the border' and stop for the night at an inn/pension. Police are hunting a murderer and the locals suspect the man who has just checked in might be him. The girl overhears them and tells them it is true and begs to explain what happened to them - thus starts the bulk of the film in flashback.

M.Lange is an unsuccessful writer working for a publisher who turns out to be somewhat crooked - borrowing money and never repaying it but living the high life. Eventually his creditors catch up with him and he flees by train and is apparently killed when the train crashes.

The employees manage to take over the business and run it as a collective. M.Lange's stories of "Arizona Jim" become wildly successful and all is rosy. A romance blossoms between Lange and the girl who runs the Laundry business in the same building.

As they are all celebrating a priest arrives and Lange recognises him as the publisher, who stole a priests identity when the train crashed and has returned to claim the business, and the girl, back as his own.

Lange shoots him and flees with the girl.

In the final scene we see that the locals from the pension have taken the fugitives side and are waving them goodbye as they walk towards the border rather than turning them in.