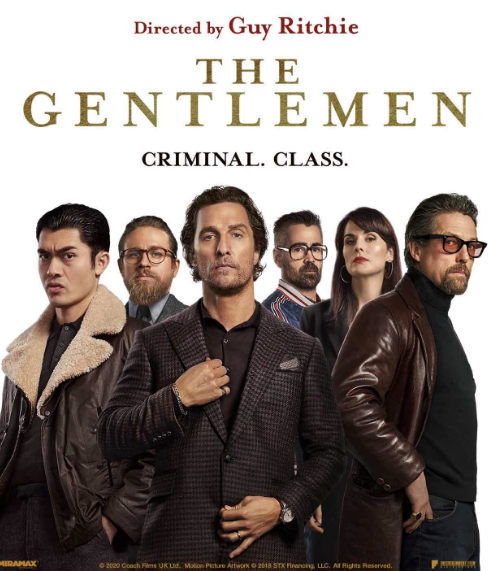 Summary :
Mickey is a Canabis King with a growing and distribution empire. But he wants to retire.

Mickey (Matthew McConaughey) wants to retire and plans to sell his empire to a felllow crook Mathew (Jeremy Strong), His farms are located on impoverished British aristocrats estates and after he takes Mathew to view one it gets raided. Mayhem then ensues featuring his wife Rosalind (Michelle Dockery), his sidekick/gofer Ray (Charlie Hunnam), a gym owner/coach (Colin Farrell) and his gang of young teenage kids called The Toddlers, Chinese gangsters also involved in a war of succession, and Russian oligarachs with Mosad thugs, and the British Establishment..

All this is told through the lens of a gutter journalist Fletcher (Hugh Grant) in conversation with Ray as he attempts to blackmail Mickey to get him not to tell his story to the his editor (who is out to bring down Mickey for snubbing him at a party.

with comedy element and some style
Film list
xbFilms by CrOsborne